An Exploration of Humanist 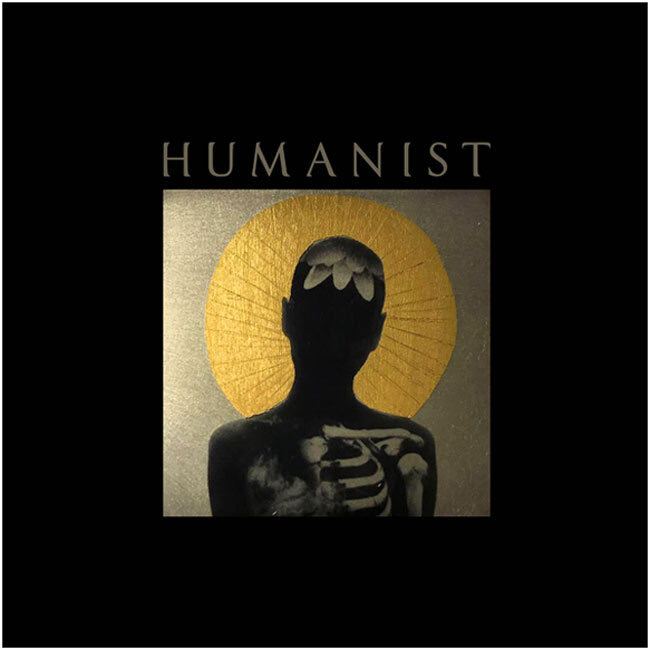 If you are up for an adventure through a gritty urban atmosphere of electronic beats and all-out rock, spanning everything from rough garage sensibilities to polished ballads, Humanist is waiting for you to arrive.  It is everything one could hope for from a collection of accomplished artists known and loved by Big Sonic Heaven listeners for decades, including particular highlights from Joel Cadbury (UNKLE) and Dave Gahan (Depeche Mode). The mastermind behind this collaboration is musician and producer Rob Marshall, who wrote, recorded, and produced the entire project on the strength of his self-taught skills and immense natural talent. Marshall’s work on Humanist is an intriguing amalgam of styles that work beautifully together, a collection of songs uniquely enhanced by the compelling vocalists he assembled for this project, and a musical odyssey through a dark, industrial kingdom of sound.The album kicks off with “Intro,” mostly an instrumental that feels like a melding of railroad sound effects and a vague, choir-like singing that can only be made out in the closing seconds as if hearing a church service from a distance. On first listen, my mind unearthed the image of Alex Proya’s washed out version of Detroit depicted in Brandon Lee’s cult classic “The Crow.” I have not thought of that movie in years, but somehow that vision clicked for me, and the thought of stepping off a train into those ominous streets was reinforced by the opening lines of the album’s first full-length song: “I’m ridin’ through the kingdom, ghosts is ridin’ by my side, as we roll up to the kingdom, ours is just to ride or die.” I imagined exploring Marshall’s creation in this way throughout, swept off the train in “Kingdom,” ushered into a landscape of danger and wonder, accepting the challenge to arrive safely back in the terminal by dawn. Listeners are pressed throughout to consider Marshall’s contemplation on life and death, meandering through the human experience as witnessed through his lens, and I can say it is a hauntingly beautiful trip, indeed.The first third of the album offers arguably the finest piece in “Shock Collar,’ the single featured of late on Big Sonic Heaven. Dave Gahan lends his pure and absolutely ageless vocal talent to this track, giving it an unmistakably vintage Depeche Mode flair that is most enjoyable. Soon after one finds “Ring of Truth,” with its beat reminiscent of Portishead and overlaid with Sigur Ros-style guitar, all tied together with a bass brand of talk-singing vocals. The pace is quickened next on “Skull,” with a rush of guitars and strings that amp up from a brisk walk to a breakneck rock sprint before giving way to an entrancing mid-album number called “English Ghosts,” hypnotizing the listener with a looping drum and instrumental rhythm on repeat. It is a spacey invitation to the listener to let go and drift freely along with the music, carrying you further into Humanist’s depths.JTNDaWZyYW1lJTIwd2lkdGglM0QlMjI1NjAlMjIlMjBoZWlnaHQlM0QlMjIzMTUlMjIlMjBzcmMlM0QlMjJodHRwcyUzQSUyRiUyRnd3dy55b3V0dWJlLmNvbSUyRmVtYmVkJTJGQS1YX1RXVktmS0klMjIlMjBmcmFtZWJvcmRlciUzRCUyMjAlMjIlMjBhbGxvdyUzRCUyMmFjY2VsZXJvbWV0ZXIlM0IlMjBhdXRvcGxheSUzQiUyMGVuY3J5cHRlZC1tZWRpYSUzQiUyMGd5cm9zY29wZSUzQiUyMHBpY3R1cmUtaW4tcGljdHVyZSUyMiUyMGFsbG93ZnVsbHNjcmVlbiUzRSUzQyUyRmlmcmFtZSUzRQ==Late in the album, after wandering in this mysterious soundscape for some time, an especially interesting moment arrives with the transition into the twelfth track, “How’re You Holding Up?” It is a gorgeous change-up, all of the industrial grit washed away, the vocals becoming the centerpiece, the music slowing into a safe and comforting form that is nothing like the rest of the album. I imagined Marshall checking in on my psyche, asking how I am holding up on my journey through his work, this world of energy and fear, joy and soaring triumph. Are you surviving the kingdom, can you find your way home in the end? It feels like a chance encounter with a friend inviting you in for a welcome moment of warmth against the cold city you thought you were exploring all alone. This song is perfectly placed for effect on the album and it is among the best parts of the experience.JTNDaWZyYW1lJTIwd2lkdGglM0QlMjI1NjAlMjIlMjBoZWlnaHQlM0QlMjIzMTUlMjIlMjBzcmMlM0QlMjJodHRwcyUzQSUyRiUyRnd3dy55b3V0dWJlLmNvbSUyRmVtYmVkJTJGaGJ0WG1FYUVBbEUlMjIlMjBmcmFtZWJvcmRlciUzRCUyMjAlMjIlMjBhbGxvdyUzRCUyMmFjY2VsZXJvbWV0ZXIlM0IlMjBhdXRvcGxheSUzQiUyMGVuY3J5cHRlZC1tZWRpYSUzQiUyMGd5cm9zY29wZSUzQiUyMHBpY3R1cmUtaW4tcGljdHVyZSUyMiUyMGFsbG93ZnVsbHNjcmVlbiUzRSUzQyUyRmlmcmFtZSUzRQ==Stepping back out into the flickering streetlights after this short reprieve, it is immediately apparent that the night is not over, the lyrics of “Mortal Eyes” urging on the listener – “gotta keep it going, gotta keep it going, gotta keep it going” – before finally reaching a moment of climactic aggression in “Shoot to Kill.” This is the full exclamation of the album’s power, with lyrics delivered in a snarl that is equal parts Afghan Wigs and Tom Waits, and guitars howling in an explosion of hard rock as the singer dares the listener to “get in my way, one last time.” The song is the kingdom’s final confrontation before boarding the train once more to ride out of this place with the comfort of the final track inviting you to “lay your suffering down” as light appears on the horizon and the city recedes behind you. You may need a rest on your ride out of Marshall’s world, but you will inevitably be back because this place is just too good not to explore again…and again.

Keep an ear out for “Shock Collar” in Big Sonic Heaven, and I would highly recommend rolling though the entire Humanist kingdom for your own foray into Marshall’s gripping musical vision.

Big Sonic Heaven is a 24/7 Internet radio station dedicated to the ethereal sounds of shoegaze, dream pop, post-punk, trip-hop, etc. Listen to the artists featured on the blog and discover more by downloading the app for iPhone and Android or listen at  bigsonicheaven.com. 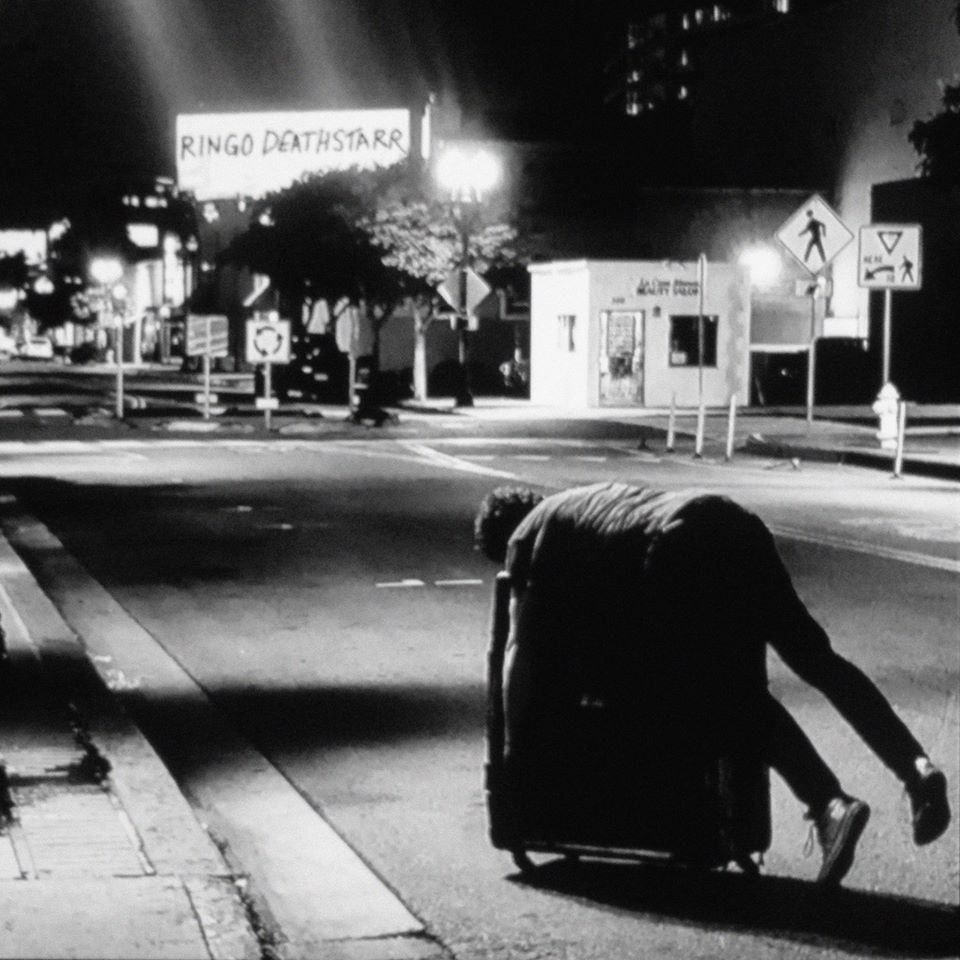 Austin shoegaze trio Ringo Deathstarr have just released their fifth full-length album, the self-titled Ringo Deathstarr. Formed in 2005 by Elliott Frazier, the band derives its name from a playful combination of Ringo Starr and the Star Wars Death Star.

PLAYLIST FOR THE “NEW MUSIC SHOW,” August 7, 2022 (click on artist names for links to purchase their music) “All Flowers in Time” by Gloria de Oliveira and Dean Hurley “Polaroid Girl” by Soft Velvet Lounge “In Threes” by House of Harm “Citrus Beach” by Tan Cologne “All Night” by […]

PLAYLIST FOR THE “NEW MUSIC SHOW,” July 24, 2022 (click on artist names for links to purchase their music) “7 of Cups” by Wombo “We Can't Love Here Anymore” by Ayria “Cinema” by CASTLEBEAT “always there” by the churchhill garden “How it feels” by Whitelands “the old Ways” by […]